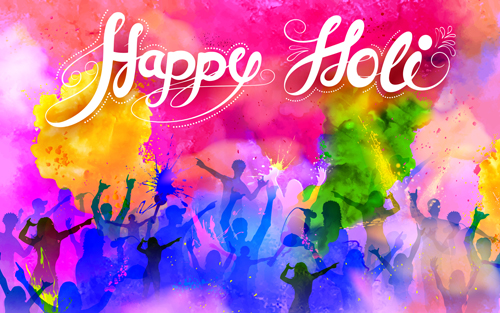 Holi ( /ˈhoʊliː/; Sanskrit: होली Holī) is a Hindu spring festival celebrated in the Indian subcontinent, also known as the “festival of colours”. It signifies the victory of good over evil, the arrival of spring, end of winter, and for many a festive day to meet others, play and laugh, forget and forgive, and repair broken relationships. It is also celebrated as a thanksgiving for a good harvest. 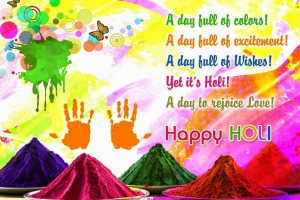 Holi is an ancient celebration. Mentions of it can be dated back to fourth-century poetry, and it was described in a 7th-century play called Ratnaval:

“Witness the beauty of the great cupid festival which excites curiosity as the townsfolk are dancing at the touch of brownish water thrown from squirt-guns.They are seized by pretty women while all along the roads the air is filled with singing and drum-beating. Everything is coloured yellowish red and rendered dusty by the heaps of scented powder blown all over.”

People take part in Holi all around the world, but it is celebrated the most in parts of India and Nepal. It is often associated with the coloured powders that end up coating its participants after they’ve thrown them at each other. But this is just one part of Holi, which is split into two events: Holika Dahan and Rangwali Holi.

Holi is a Hindu festival that marks the arrival of spring. Known widely as the Festival of Colour, it takes place over two days, and is a celebration of fertility, colour, and love, as well as the triumph of good versus evil.

The next morning, people gather in public spaces and take part in Rangwali Holi. This is a raucous affair where people chase each other around, throwing handfuls of coloured powders (known as gulal) at one another while getting drenched in water. 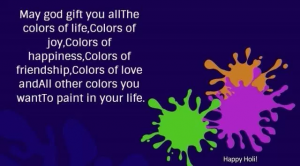