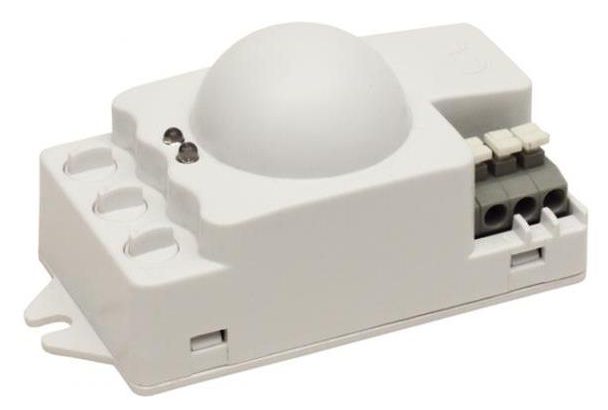 Both are used as occupancy sensors or Motion Sensors, but their principle of working is different. The microwave sensor is an active sensor as it emits a microwave signal for detection. PIR sensor is a passive sensor as it senses infrared signals emitted by various objects, including the human body.

As shown in the picture, it emits frequency in the microwave region and will analyze the returned/reflected microwave frequency for determining motion.

PIR sensor houses a pyro-electric sensor, as shown in the Picture-2. PIR sensor generates energy when exposed to heat. Human or animal body radiates energy in the form of infrared radiation. Hence when a human/animal comes in the range of the PIR motion sensor, it receives thermal energy, and hence motion is detected by the sensor.

The following points summarize the difference between the microwave sensor and the PIR sensor.